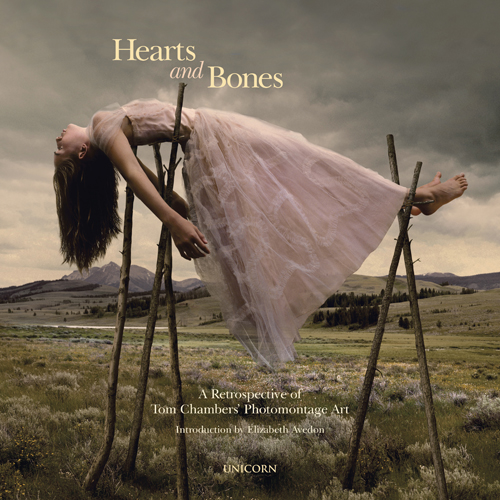 In his new monograph, A Retrospective (left), Tom Chambers has assembled a body of work that is unique, wonderful, and compelling. I have known him for a few years and have followed his evolution as a fine-art photographer. Working mainly with composites it may take him quite a while to complete an image.

“I initially sketch a concept or idea which I have for an image,” he writes at the end of the book. “Then, I photograph each piece of the photomontage. The greatest challenge is in making sure the light intensity and direction are similar in each of these shots. The process of creating a photomontage may take a month or more, depending upon how quickly I am able to get all the shots and sort through them, selecting the ones which work best together.”

His work doesn’t encompass landscape-bending, body shaping, or other seemingly impossible manipulations. It, rather, falls into more of the fantasy realm. We are left thinking his images could be real, in just a slightly different world. We are left wondering, “what if?”

“Through the intentional use of magic realism,” writes Elizabeth Avedon in the Introduction, “the dreamlike photomontages look believable, but improbable. Each one is carefully constructed, using both images that have been planned and those that unexpectantly enhance the story.”

In a recent edition of Pasatiempo magazine (New Mexico), Paul Weideman wrote about the methodology of newer work by the photographer. 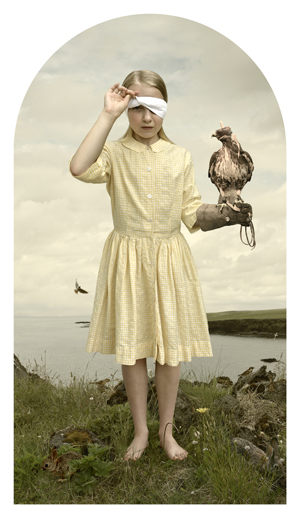 “If viewers are seeking meaning in his works, they may often be confounded, or at least challenged. But his methodology also makes it fun to view them and discover nearly hidden elements. The main subject of “Hide Your Eyes” (left) is a girl with a hooded hawk on her wrist partially lifting a blindfold. There are birds here and there, and two rabbits camouflaged in the grass.”

Nine Sections are classified in the book. Dating from 1997 through 2015 the sections chronicle his artistic path and passion. In each section Chambers adds a few words as an introduction. He writes about this journey in “A Photomontage Journey,” at the end of the book.

“In the late 1980s I worked as an art director for an ad agency in Richmond, Virginia. The agency purchased Photoshop 1.0 when it was first released. I recall experimenting with such things as duplicating an eye and placing in the middle of the forehead. Eventually the software improved and allowed the ability to use multiple image layers and adjustment layers. At this point it became exciting to me.”

With newer editions of Photoshop he was able to hone his skills enough to create a series for his first solo show in 1998. He believes that a series works best when presenting work to a gallery.

Of his recent opening at photo-eye, in Santa Fe (New Mexico), the introduction to his exhibit offers us insight to the value of his work.

“Since his first solo exhibition in 2007, Chambers’ narrative photomontages have delighted viewers by inviting them to believe in a world rich with magic and mysticism. Hearts and Bones is a mid-career retrospective; a celebration of Chambers’ complete body of work covering more than twenty-five years and includes three images from his yet-to-be-titled portrait series, ‘Nesting with Scissors’ , ‘Hide Your Eyes’, and ‘Now Now.’”

That success has garnered 21 solo exhibitions and more than 70 group exhibitions, worldwide.

“Chambers describes his work as moving beyond documentation of the present,” writes Avedon, “to the fusing of reality and fantasy in musing about the future. He succeeds.”

Published by Unicorn, this is a sumptuous release with more than 160 pages of a beautifully creative imagination at work. Whether or not you are a fan of photomontage, it would do you well to appreciate the art of Tom Chambers, with its inherent romanticism and alluded-to mysticism. 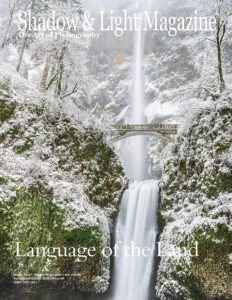