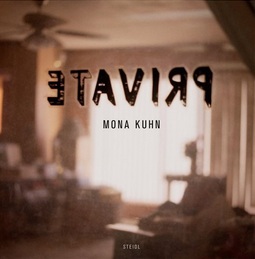 From her home in Los Angeles, Mona Kuhn drove into the desert with stops at Joshua Tree, The Mojave Desert, and the Painted Desert. For almost two-years she stayed sometimes for weeks at a time in the homes of friends, camped, and generally searched for that place where light and land become one.

In her new book, Private, Mona Kuhn reveals to us the results of this inner and outer exploration. She captures sedentary moments in a place known for its secrets, and at a point in time when the real seems almost unreal in its sun-dappled, seemingly unforgiving landscape.

Once the travel was done and the pictures had all been taken, Kuhn discovered it was not an easy book to sequence. For those of you who have not had the opportunity to participate in this process, I can only say that sometimes it works and sometimes it takes a lot more work.

There are times when the last picture being placed can’t decide where it wants to go. It is mute, undecided; at times uncomfortable when you think you found its place. Kuhn had the same challenge with one of her images. It is of a naked woman sitting on a couch. She is independent, individualistic, tattooed, with long gray hair. In her silence she may even be thinking, “Now you have me, what are you going to do with me.”

“We look at the photo together,” writes David Campany in notes at the end of the book. “It’s hard to find a place for her,” Kuhn laments, continuing. “She has the pioneer spirit. The spirit you need to live in the desert.” Campany mentions that “The mute woman knows exactly where she belongs but she’s not telling Mona quite yet.”

In one of the photos, “Scar,” the skin of the woman is like the landscape of a desert, scarred, with tracks to nowhere. Walking in the desert, you often see tracks, but you seldom see the creature that made those tracks.

Mona Kuhn is well-known for her iconic nudes in dreamy settings. In Private there are only a few nudes unless you count the desert as a nude. The nudes, however, are juxtaposed with imagery that encompasses and surrounds the human body, as if Nature is draping the woman, protecting her from the elements.

“We looked across the pages of this soon-to-be book,” Campany writes. “I stopped at the only photo Mona had not made in the western deserts of America. It is a shot of a computer screen showing a Google Earth image of California City, a planned but unrealized urban development. It is a barren, treeless reminder that just because you built it in the desert doesn’t mean they will want to come.

In spending time with Private, one can sense the feeling of being drawn into a place where there are endless horizons. And you have the sense of wanting to turn the pages to see where the turn may take you. The book is like the desert in that it won’t reveal its secrets easily unless you take the time to understand its meaning. 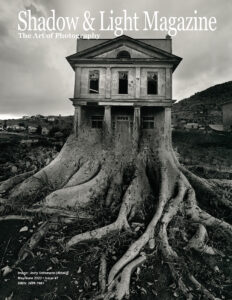