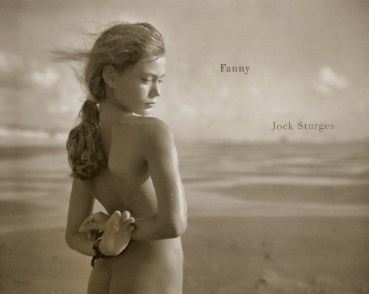 Jock Sturges gets a lot of press, often negative, derisive, and downright cruel. His new book, “Fanny” will most certainly gain its own legion of detractors.

Many years ago a neighbor of mine came over to my house and blasted me for listening to the Beatles. I was working in my backyard and had the music turned up, but not too much. He proceeded to tell me that “that music” was going to be the downfall of humanity.

I simply asked him if he had ever read any of the lyrics or actually listened to the music. His answer was “no.” It would be very difficult to call Lennon’s “Imagine” anything other than what it is: a beautiful, thoughtful song. I think Sturges’ critics suffer from the same mentality.

Sturges does it again. Much like his previous release, “Misty Dawn,” this photo essay follows Fanny from a young age, on through adulthood. It’s fascinating to see the girl, the skittish teen, and the full flower of womanhood emerge over the course of years.

“As an adult, this lovely woman has a strong, distinctive look—a defined jaw that adds strength to femininity. Looking backwards in time, I was fascinated to see how early this feature became apparent, how the adult started to appear in the child. So, this works very well as a photo-biography. But it also works as a study in figure photography, presented with warmth and sensitivity in a beautifully printed format. If you’re not already familiar with Sturges’ work, there’s plenty to choose from—but the could be a good start.” Wiredweird/Amazon

The above review reflects the sentiment of all the reviews I read on Amazon. Over the years I have collected more than a few of Surges’ books. Taken as a biographical photo-essay of the coming-to-age of a woman, it complements the work of another photographer who has had her share of negative reviews because of the subjects of her work: her family.

Of course I am talking about Sally Mann. For most of her career she has had to defend her work, even while her family supports it. 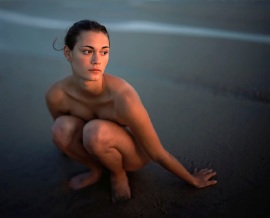 “The images that I made that summer are the most moving for me in all my work of her,” Sturges writes in the Introduction. “I asked her what picture she would like to make first, she said, ‘Please make a picture of me making angel wings so that Mama will know that I am thinking of her (cover image, above).’”

Fanny’s mother passed in 1995, and it was a tremendous blow to the then ten-year old. Such was the connection the photographer had with Fanny, whom he didn’t begin photographing until much later, after the girl had stayed with him and his wife, in Montalivet, France, that it took a mutual agreement to enable him to continue photographing her, with all the proceeds going to her for the next four years. He told her about the notion of exploitation and how it could affect her life.

“Beauty remains a mystery. And Magic. We do not know why Fanny agreed over so many years to pose for Jock Sturges. Perhaps she does not even know herself,” Walter Keller writes in the Afterword. “But, as we witness her ascent into life, we can easily recognize in the work, in her eyes, is that she is always just there, never posing for us. Only for herself. The older she becomes, the more we realize: Fanny is a continent in and of herself.”

Slipping in and out of this book, one may find that instead of being turned away, Fanny becomes a magnet, almost daring you to turn away, give yourself some relief. But, you can’t. You don’t want to turn away. She is a muse who is guiding you through a life of challenge, death, and, most importantly, growth.

“Fanny” is printed beautifully (Steidl) and is a large format coffee-table book, that features exquisite photography, images taken with great care and dedication, with the subject at the foremost of the photographer’s thoughts during the whole process.

It isn’t a book aimed at exploitation. It’s a book about family ties and connections, realized over a lifetime of work by Sturges, photographing at a small community in France.

As a father, there are many times that I wish I had taken the time to photograph my children in as much intimacy and detail as Jock Sturges has done with “Fanny.” It is a wonderful legacy to a life lived, and a life photographed. 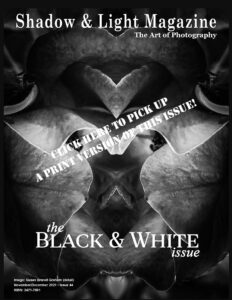