Moving into a second month under shelter-in-place (SIP) I sometimes wonder what I will do. That doesn’t last very long, however. Just yesterday I was sitting in the dining room contemplating creativity, personal development, the cosmos, the nature of man… you get the idea. I also began to look at an amaryllis plant that had two flowers, both on the edge of not living too much longer. I did a couple takes of the image, immediately thinking how powerful the it was. It was wilting and hanging down just a bit.

I picked it up and took it outside, looking for a suitable spot in which to capture its essence even though its bloom had lessened. As you can see by the grid below I think the essence came through very well. 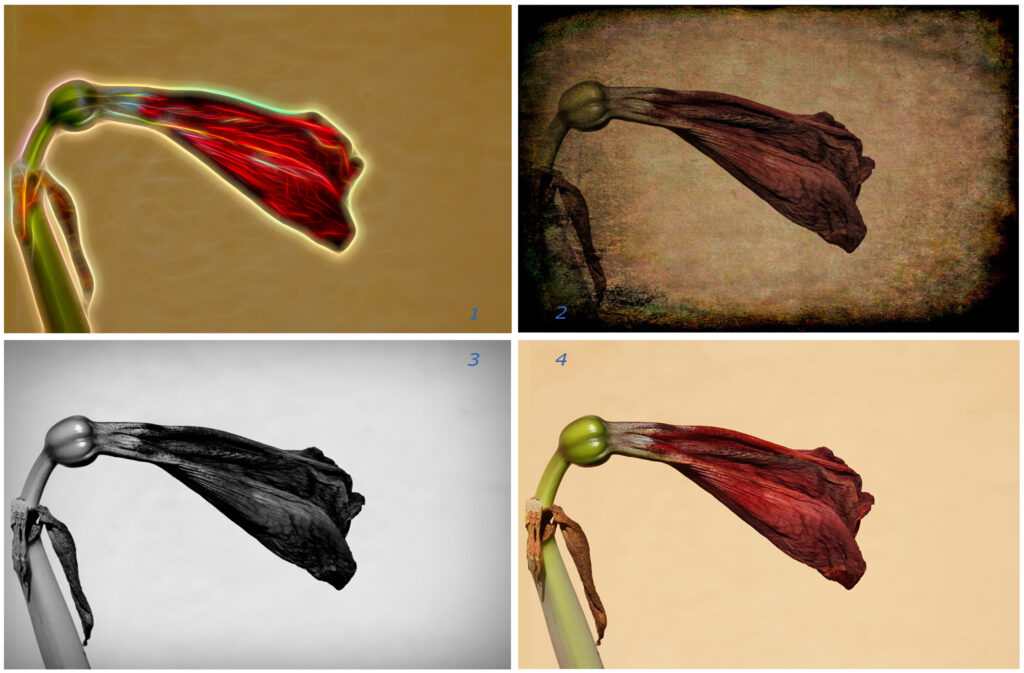 As we all know in order to have fun with an image while you are SIP you do need a good image. I first opened the image in Photoshop, in its natural state. That is, fresh from the SD card. That’s it in Frame 4. Once I saw that I knew it was a candidate for tweaking. And tweaking I did!

I was using Topaz Studio, which has a gazillion filters. I picked a few that displayed the image in varying degrees of artistic extremes.

If I were going to do something with one of the images, it would be a tough choice. I do know that the image in Frame 1 would be tossed. It’s just not my style. The Frame 3 image just doesn’t have enough punch, even though it is classic black and white. So, I am left with Frame 2 or the original image in Frame 4.

What do you think? Which one would you choose?

Now, it is your turn. Pick an image of yours that you like and play with it. It is definitely one way of having fun with SIP! 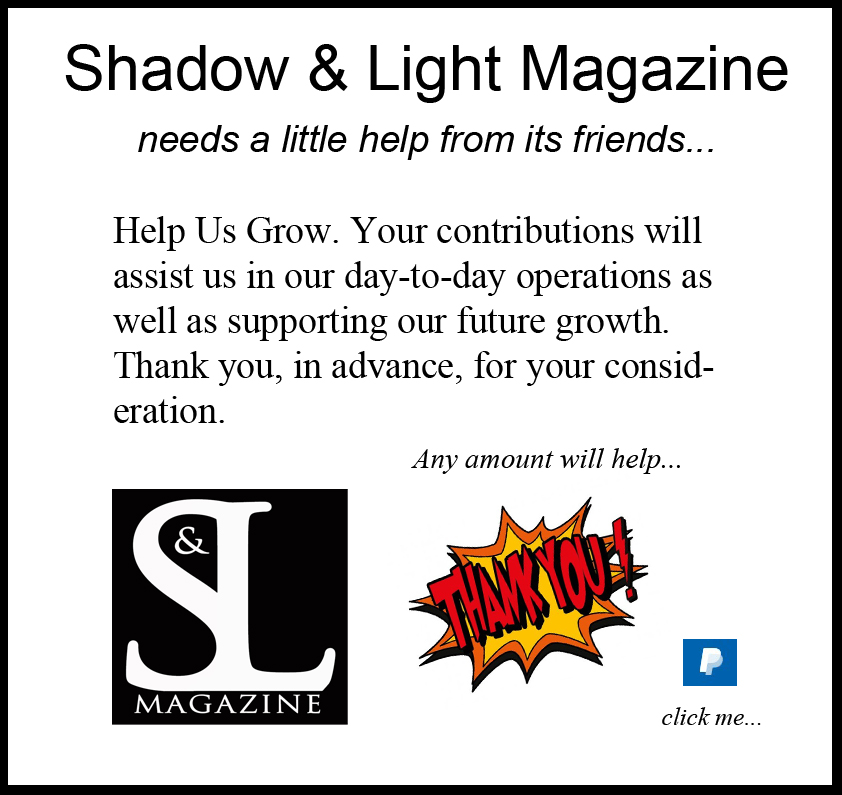 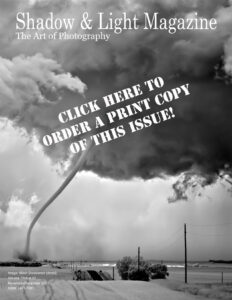 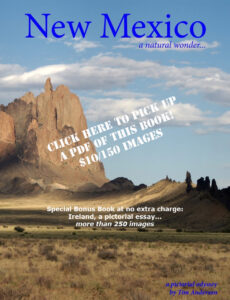